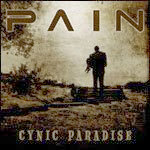 Halloween is a great day already. =P
Speaking of real tangible life, my area of free-toiling has switched to a far-flung location of National University Hospital. Nice. Not going to talk about my hours of free-toiling, because why? Nobody in the right mind likes to rant about happenings at work, or normality of living.
I look forward to watching "Forgetting Sarah Marshall" later in the week and going to listen to "Another Epic Story" at Baybeats on Friday! I survive on the subsistence of waiting (for daily free-toiling lunchbreaks and dismissals) and hoping to witness something interesting. Ling's life is boring contrary to many common belief that she leads one spending time headbanging and fiddling paper rectangles.
¶ 8:23 pm