Watch this and feel yourself disgusted by it in the end.

"He who feeds on fame and power shall find himself stricken with malnutrition. "

Wednesday, August 22, 2007
Haha. Today, in Biology STAR, I got so cranky I can't believe I thought of the following. Mrs Wong was saying something like, ".... so that you could date the fossils..." I immediately thought to myself in the fashion of an MSN conversation:

Friend: "So are you going out with someone recently?"
Me: "Yeah, I am dating a fossil recently."
Friend: "Wow, congratulations! Is he good in bed?"

I amaze myself, that made me "XD" in the lecture theatre. [trying to keep a straight face still]

Other than that, Nick could claim a damn castle if he were to move to Germany, due to his noble germanic roots, I am rather hyped at that notion. The castle is called Klevenow Guthaus or Schloss. This is just too kickarse. I am aristocrat-to-be!

Saturday, August 18, 2007
Going to the airport really soon to see Kevin off to USA. Kind of sad. I was just starting to enjoy the friendship together, watching films and stuff.

Won't get to see him until next summer, I guess.

A great loss to Singapore and the flourishing community here indeed.

Thursday, August 16, 2007
I am actually talking to Devo, over Myspace.

16th August Exactly 2 years ago, I was half insane over Slipknot's concert here at Fort Canning Park, although it is getting increasingly hard to recapture the imagery of that day and the concert itself, but I remember enjoying myself thoroughly.

Exactly 1 year ago, Jon Nodtvient of Dissection decided to take his own life, and I would like to honour this day to him, for his foresight in Dissection's ideology and the philosophy were paramount and most of all, unrelenting. Awake in chaos, Jon! 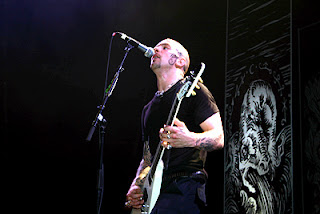 Other than that, it is surreal to know a good friend of yours will be leaving Singapore in 2 days' time, to be gone for 10 months or so, especially if you got so used to seeing him almost weekly for the good old chill out, card flourishing sessions or film-watching sessions. Best of endeavours, Kev H!

Being an isolated metal-enthusiast is far satisfying than a flourisher in Singapore at this point of time. For sure. Thanks for some much-unneccessary politics.

Besides getting incessantly grilled by endless revision lectures, exercises and examination papers from other colleges, I am still amazingly alive. Only one thing in school made me smiled geuninely, my Biology teacher gave me a black file for topping the class in her subject for the Mid Year Examinations, it's not the file that mattered. It's her observation that I like black that made my day when I received the file. I really appreciate people like that, especially if she is only a teacher.

Next week is a good week, I do only need to endure one day of schooling, to be precise, since my Tuesdays are usually crappy. Why, you inqusitive people might want to question? Well, thanks to the separation letter signed by our Minister Mentor Mr Lee exactly 42 years ago that we, Singaporeans, are able to enjoy this 3 day long holiday this year - 2007. Thanks Mr Lee!

Besides getting pseudo holidays in disguise for teachers to flung more work at us, I am still optimistic about having a great time. My friendly Earth friend - Jaspas, has decided to throw a party on the National Day itself, we are to completely ignore the Parade on TV and all the 42th hype, to stone around, drinking sips of Vodka, I dare to visualise. Very eventful.

Speaking of Earth friends, one of them is leaving the Authoritarian state of Singapore for the liberal nation of The United States very soon, treat that National Day Party as a swansong for him. Will miss watching morally repungant and psychologically peverse films with him, for sure.

Bah, I ran out of ideas.