I am so jealous of Vika! I cannot take it!

Bits and pieces I am in no mood to write paragraphs, so I shall do it very simply.

Comrade Secretary Kirov got me a Russian name, it is called Lamzira Shuilandzhe. Lamzira means temple. Hmm, I have no idea, but it looks smashing, that's all I know. Thanks Comrade Kirov!

Welcome back to normalcy, Vika! Yes I have missed out on Metalcamp. =(

Read the final 2 or 3 chapter of Harry Potter Seven at Borders this afternoon, man, I realised JK Rowling cannot write for nuts, I think I am the only linguistic critic here, I would rather read online fan-generated fictions. All others chooses to focus on the (cheesy) plot. And yes, the plot is absurd. How could a dark wizard of many lives and great accumulated power be defeated by a mere teenage, 7 times! Seven goddamned times. I do not get it. And I refuses to believe it, too.

Otherwise, I am starting to read Dune: Bulterian Jihad a day ago. It looks good! At least better than Hunters of Dune, which looks extremely sloppy and the writings could be accomplished by a secondary school student. Blah!

And. Holy cow. It's only Wednesday tomorrow. *sigh*

Sunday, July 22, 2007
I await... Exactly 4 months from now, I will be a free person. Free from academic obligations and the shit bureacracies of the college administrations.

I have been waiting to walk out of the school gate with a grin, knowing inside I have finally survived the worst yet phase of my life. I can't wait for that day - 22th November 2007 9.15am. Simply, cannot fucking wait.

In the meantime, I will have to salvage my maths and chemistry, in order to say proudly, I am done with the fucking insane JC education!

Saturday, July 21, 2007
Aww Today was a relatively good start to an even greater weekend, I woke up rather early for a saturday - 9 plus am. Had a nice cuppa tea and was still wondering where did my burnt copy of Burzum's Hvis Lyset Tar Oss went. So I went to sift throught my morass of CDs and DVDs, no, I did not find the Burzum CD. Instead, I found all my old CDs that I have bought in my lower secondary school days - mostly rock compilations.

Wow!, I went, and I popped them into my player, hoping in vain to recapture the lost memories of my early teenage years. Yes it did recapture quite abit of memories. The CD that accompanied me in my secondary 1 KL School Trip, still so fucking good. All the scenes of me in the tour bus with the greatest class I have ever been in - Felicity, flooded back. The ferryride to see fireflies. The scene of having seafood dinner amidst the trip. The long climb towards the peak of Batu Caves. The cold-like-fuck hotel the school spent the night, we played hotel catching until the wee hours, and finding ourselves drugged with fatigue the next day. The barely enough time to shop at the insanely huge shopping centre - KLCC, where I remember I bought a X-ecutioners' CD from. The confessional session on the tour bus, where SiPing and KaiLing made me say who I liked, I said, "Alden." LOL. The photo-taking session at Malaysia's Government house - Putrajaya. I am amazed how I could remember such details. And also, it made me realised how fast time has gone by, and how great Felicity was as a class. I miss my days at NCHS, at Felicity, alot. I only can say I did not treasure my time there, which is a real loss and pity. Ah wells. I'm going to remain in close contact with those great people for a long long time, I foresee. Besides, knowing the fact that I have known Yvonne, Jia Hao, Aaron for around 8 to 10 years is really mind-blowing, knew them since my middle primary school days.

I guess it's a great thing to do, to recall the past happenings in one's life, it could be an overwhelming experience. Do it yourself, it's truly amazing.

Well, nothing really exciting has occured, actually, with the exception of the fact that Jaspas decided to be a lizard for a day when I, Val and Stuart paid him a visit last Saturday. That was really whacked. Nonetheless, it was an attempt to distract me from the fact that they all were filming for the Channel U deal at the same time.

On the other hand, Vika is off to Tolmin for a week of Hell over Paradise - Metal Camp. She said it's the next best thing since digital watches, I have to agree. Well, I will have to settle with my mp3 player, sigh.

Academic matters, only my biology grade is decent, bleh. Need to work more on Chemistry and Maths, those damnable subjects.

I have gotten Rebirth of Dissection DVD a few days ago, I must say it's really a pity that Dissection is no longer. They really had a tight performance in the DVD. \m/

Tuesday, July 10, 2007
An odd thing called school and its generous offerings of pissing you off. Ever since March this year, I have not been released anytime earlier than 4.30 or 5pm. Today, in the middle of week 3 of term 3, I ended school at a record-breaking time of 2.30pm! What's better is the fact that tuesdays are further reduced to 1.30pm next week onwards. Was quite pleased at that, for a while. The joy was indeed very short-lived as I have to remind myself that I will have to resume my late dismissal times for the rest of the week, ranging from 5pm to 5.45pm. Life just likes to poke fun at us - the miserable homo muggerians-from-srjc. Life, you horrible control freak! Bleh. One amazing thing to ponder, I wonder myself how I managed to survive with my sanity in tact in term 2. I never cease to amaze myself.

They, as in the ever-irritable teachers, told us it's only 4 months plus of hardwork left to set our minds to. Seemed short, and rather managable, after going through one round of revision for Mid Years. However, when you spend almost 10 hours + of the day in the stinking school compound where people are hell-bent to piss you off and to poke around you, asking you endless redundant trivial matters, time is hard to pass by. Sometimes, I just wish I have a little room to hide and be alone in the middle of the school hours. Fucking society, too damned fucking crowded for anyone's health, I must confess. Just leave me alone.

Sunday, July 08, 2007
- Ok, so there's a slim chance of me doing flourish for the TV screen this time round. My heart is all heavy, but oddly and amazingly, I do not feel, at all, pissed or depressed. I just feel spaced out. I just dislike the fact that it is me who initiated the whole deal and do not get the deal ultimately.

Ah ack it, Loki. At least I can tell myself fair and square I have met Mayhem Themselves. 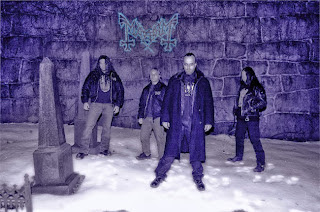 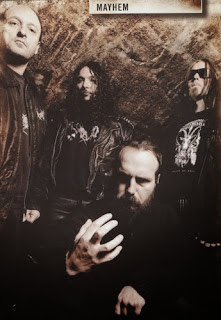 Friday, July 06, 2007
Psalms of Extinction So, the Mid Year examinations are finally over, of which, I do not wish to continue discussing on. Life is dull already, why make it even more by throwing in more dudgery of the events of the everyday life? Sigh.

To lighten up everyone's dampened mood, if I were to assume everyone is following the emo trend, I have found a great great overwhelmingly-awesome band - Pain, I bought his newest album - Psalms of Extinction. Sweet Shiva! Immediately the most outstanding album produced in the year 2007, besides the disappointing "Eat me, Drink me" effort dished out by MisterSvperstar Marilyn Manson Himself. I grin at the last song, especially, called Bitch. It is just plain yummy. And, this album has its thought-provoking moments too - Just Think Again has several monologues inserted, probing the listeners on current fucked up conflicts and issues and unneeded suffering of children from the conflicts. Inspiring it were, yet at the same moment, sad and helpless. Peter Tagtgren qualifies himself easily into my list of "Revered Persons". In conclusion, I still have to thank Mr Dalvey Neo for introducing me to this band, it was indeed greatly appreciated.

Other matters now, flourishing is going to be featured on two TV shows, as far as the (active) flourishers here know. So watch out for that.

And, thanks to Vika for asking me to read Adam's The Hitchhiker's Guide to The Galaxy. It's highly amusing and I was almost laughing out in public. It's already in my list of favourite books.