Einsamkeit
Tuesday, January 08, 2008
Two Zero Zero Eight It has been a while since I entered something, I observed. Yeah, I lack the creative drive to post something remotely interesting to entertain the readers here ever since the year of 2008 arrived.

Why? Because I am formally known as an adult now, no more concession fares whenever I travel. Which suck alot, each trip to town area would cost my Ez Link around $1.90 to $2, a vast difference from the student's rate of a mere $0.75. I am a victim of price discrimination. Fuck. Not only that, reality is thrown right in my face, the essentiality of a job and a perpetual sense of stagnanation and dullness or ''sianness'' in simple laypeople's term. Everywhere you go, you feel the monetary pressures on you. Suffocating sensation, I feel imprisoned. For eight more months, I will be bombarded around this feeling of sianness and this cruel reality, while I hope to resume my status as a student in university shortly after. Speaking of which, I am not at all confident I would score well good enough to enter the faculty I desire - School of Biological Sciences. Blah. *fingers crossed* Sigh. In conclusion, I cannot imagine how full fledged working adults think, they must be so intellectually uninspired and devoid. Everything would be about money, working for the superiors to see, office politics, trying to stay afloat, trying to pay for all the unneeded debts that the government/society created, then dying an unrecognised death. I pity them, only to know I will step into that path soon, sigh. It always sucks to see the truth.

Reality aside, I went for Felicity's chalet at Changi last weekend. It's rather enjoyable, and nice to see people you haven't met since the JC madness which started in 2006. Changi is really a nice and tranquil place, too bad we didn't go to the beach, due to a previous mishap in 2002 of which one of us saw something that aren't supposed to be there. A few of us went up the long flight of stairs up to Old Changi Hospital which is allegedly haunted, only managed to stay around the exterior of the building for a few minutes then we left unfortunately. I felt really peaceful there instead of feeling anything fishy, although I have to admit that place feels exceptionally cold. Anyway, thanks Felicity for that nice weekend! =D 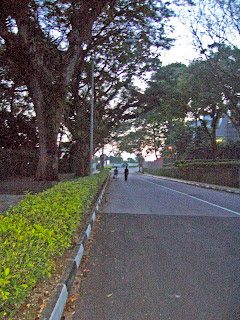 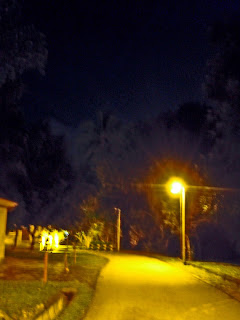 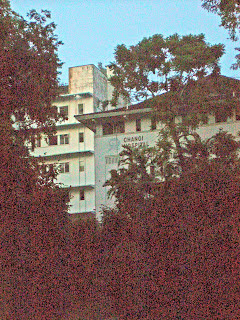 On an unrelated note, it's only 8 more days to my 19th birthday. How time ravagedly passed by. 19! One more year to the 20. Old fuck. Jaspas said he's looking forward to his 20th, he says it's good because he will have power. I refute by saying the overwhelming responsibilities will outweigh the power. Maybe it's just a thing that rich well-off people will feel. They won't ever need to really worry about life. Money = overseas studies, less urgency for a job, more opportunities and the list goes on. I sometimes think money is the worst invention next to guns, such a serious unrelenting form of discrimination it is. Poor people are fucked to their next generation, motherfucking vicious cycle. I am grim, I know. Once again, it sucks to know the truth.

Wait wait wait. Isn't a birthday supposed to be a joyous event? Ah yes. Readers, if you are in a mood to do some birthday shopping for the one behind this keyboard, I would appreciate the following items in your shopping inventory: Brian Herbert's Sandworms of Dune, new earphones, the receipe for Starbucks menu, more Lovecraftian madness, lower cost of living, the stopping of inflation, 42, Legalize Murder DVD, good A Level results, a student Ez Link card, peace, silence, something to do in 2008. I demand too much, I stop.