Einsamkeit
Saturday, June 30, 2007
Finally. After reading 452 pages into Hunters of Dune did a satisfatory line appear. It goes: " To suspect your own mortality is to know the beginning of terror. To learn irrefutably that you are mortal is to know the end of terror. - Bene Gesserit Archives."

Thursday, June 28, 2007
A kind of meme. Getting incredibly annoyed by the fact that my wallet is getting increasingly lighter and wanting to get the whole exams thing off my chest, I have decided to do this meme, which is passed on by my dearest Solvene friend - Vika, of whom I immensly enjoy chatting with.

I
I completely abhor the utilitarian society with all its very much unneeded bureaucratic processes. Thus, I'd enjoy my own little recluse every now and then. I hide myself by the following activities - metal music, cards, watching films, reading existenial philosophy/Dune/Spirituality and incessantly quoting Pulp Fiction. Nonetheless, people always have their way to irritate me. They will come and talk to me when I have my ear phones on, telling me something totally unneccessary. Excuse me, when I have my ear phones on, it means Do Not Disturb, unless something is life-threatening. Thank you. I have to put across a point that those orange blinking MSN message alerts are getting on my nerves as well. I come online to unwind and those blinking things do the complete otherwise. Jesus, leave me alone.

II
As much as you probably know Singapore is known worldwide for being its little garden city and lines of trees along roads, but you know what? I do not appreciate them. Geez, those are getting slammed by carbon monoxide every 10 seconds, they are not happy. For trees, I really have to give my due respect to those in Norway, yes, I am an Norwegian fetishist, as said by Jonas. I am. I am dying to spend a week or two in any of the Norwegian forests, sitting beneath one old and wisened tree in meditation, beside a gorgeous fjord or lake, and just appreciate the whole scenery. I just could not wait.

III
What used to be a subject, art, has taken a complete turn when I was introduced to the craft of card flourishing and philosophical writings. Breathe-taking both things are. I could not imagine a day without handling my cards nor could I fanthom a library without Nieztsche, Dune, Orwell, Satre (though I have not read him, but he's charming enough), Dostoevsky, Lovecraft and many others. Oh their words, love to me. Plus, I'd love a good film-watching/discussion with Kev, although the fact that he is leaving here on the 18th for USA long term. I sincerely hope I could maintain a platonic friendship with him, sharing and chatting about films together. Oh, I deviated from the discussion of art, yes, films, good ones are great. The imagery, the conversions, they are just good.

IV
Never in my entire swearing life had I been labelled as absent-minded. I do not recall a thing I lost my wallet, student pass, identification card, Joe Porper Card Clip, humour, water bottle. Never. Geez, sometimes, I wonder if I am human. Then again, you see, I am LingNemesis. I am supposed to be omnipotent and without flaws. Oh wait, I think I have lost my mind a long long time ago, seeing how different I am from my peers. Then again, I love that feeling.

V
Do not talk to me about concerts, or metal concerts to be precise. I am so horribly deprived of metal concerts here, even if they bring a hundred bands like Fall Out Boy or ectera, it is not going to make a difference. I want black metal, LMAC production! Bleh. Vika calls me to fly over to Solvenia's Metal Camp, I think it's impossible, first of all, my money will be half gone, secondly, it's just plain bat fuck insane. They have bands like Cradle of Filth, IMMORTAL, Enisferum, Pain and the ''rubbing into my wound'' goes on. Sometimes, I wonder if I were still a metalhead, not attending gigs. It's terrible. =(

VI
Little do my readers know, I love old movies, especially those from the early 1900s German Expressionism/Noir series. I really really extremely enjoyed F.W. Murau's Nosferatu (1922), the whole feel is just plain fucking awesome. And, Max Shreck is too intense and anciently evil for the role of Count Orlock, too realistic. I have been looking for the DVD high and low, to no avail. I have to watch that on the TV screen, not from the GoogleVideo Public Domain movie thing. Plus, I loved Dracula (1931), Bela Lugosi did the best job for Count Dracula. So enchanting. I own the VCD for Dracula, and I am quite proud of it. Oh, yes, and 1945's Dead of Night, which I had the luxury to watch on Arts Central 2 years ago when they are showing it. Brilliant, creepy show, although alittle pulpy. If you are kind, allow me to include 1960's Psycho into the list. Anthony Perkins FTW!

VII
Now, I have to agree with Vika that bad table manners are horrible. Nothing much could be said about those. And, yes, when people ask me a question on the dinner table, I usually nod or shake my head, or I wait til I have swallowed the food, do I reply.

Now! My turn to tag others!

Your name lives on in the history of metal. A true inspiration in all direction, an unending source of energy and ideology, you are. I hail you with obscene ectasty!

Sunday, June 24, 2007
Thoughts I'm supposed to do a flourish demostration on monday for Mediacorp because impulsive me emailed them about the above subject.

I don't know I am even committed enough to do any furthur performances for the TV after the demostration. I am so lazy. XD

I have the intense urge to go full time into my intellectual hobbies, I have plans to write, to read more, to think more, to do some spiritual stints, namely to meditate long term. I want a retreat badly.

It's so awesome to know a video that has been made out of impulse and boredom yesterday was so well-recieved.

Watch for more comments at: http://decknique.net/content/666.html.

Sunday, June 17, 2007
Movies Today was rather productive, although I did nothing but watch a load of movies and practiced my cards. Bored out of my wits I was, so I decided to do a mini-movie marathon with me, myself and I.

So, I watched Donnie Darko from 2.30pm thereabouts, then followed by Hitchcock's Psycho. Finishing it off by Quentin Tarantino's Pulp Fiction, ending around at 11pm.

"Imagine calming your mind until it was working at optimal efficiency without interruption. Discipline, regular breathing and homeostatic (bodily energy maintenance) uniformity allow this kind of thinking, and when done together with the purpose of clear thought, the practice is called meditation."

So damned right. That's what I am experiencing day in and day out. Meditation is wondrous.  ¶ 10:55 pm 0 comments

Sunday, June 10, 2007
Hmm. I have taken an interest in Breatharianism, and was reading up stuff about it online.

I was quite, slightly, scantly convinced that it made some sense somewhere and I was actually considered to be a Breatharian when I was just born. The latter due to my inability to consume normal milk when I was just out from my mother, I think this lasted for a few months, until they found out an alternative to milk, from then now, I started ''eating''. Recalling this, I went, "Woah.... I was once a Breatharian."

Until I read this on the same webpage: "The wavelengths of our DNA (DNA is a complex series of soundwaves) are now active." Soundwaves for DNA, huh? They have not taken a single biology lesson in their entire life. Geez. Ladies and Gentlemen, DNA (deoxyribonuclei acid) are made up of 4 different nucleotides - Guanine, Thyosine, Adenosine, Cytosine ,and a sugar-phosphate backbone of which, all are hydrocarbons, not bloody waves.

Thursday, June 07, 2007
Monologue. Just popped by HMV the other day. Saw Rammstein's Voelkerball DVD standing tall and proud at 3rd place in the DVD Charts. I went =D. Didn't know Rammstein has such popularity here. Although a more discerning note to notice is that Slipknot's Voliminal DVD stands at second.

Damn proud. It means there's a chance of R+ dropping by for a feuerkonkert.

Anyway, I just went to Kev's place this evening for a movie. Watched David Fincher's Se7en. I am very impressed by Fincher's work til now. Fight Club was mind-blowing. Same for Se7en, although I have guessed the plot in the middle of watching it. It's still very skillfully executed and directed. Lust's murder was schweet. It's almost as brutal as De Sade. :P Did a read up on John Doe. I just like how well-planned and twisted this fucker is. Not to mention his calm composure. It's really essential for a killer to have that attribute. Heh. Then again, Kevin disagreed, he commented, "Kevin Spacey is that like all the time." Hmm. I guess there's more than enough reasons for me to check out Zodiac now, since his previous 2 films proved him to be very worth-while.

Ah. I have yet to get Marilyn Manson's Eat Me Drink Me. I am utterly low on cash. Ugh. This feeling is shit. To comfort myself, I read online reviews of the album, they said it sucked. I'll wait then, when I'll more money *hopefully*, then I will get it. Bleh.

Tomorrow should be a great day out yet again with flourishers. But I need to remind myself constantly that I need to study rather urgently. Fucking mid year exams right after holidays is bad. 4 months til I graduate from SRJC, of which I am very pleased and looking forward to. 5 months plus til I regain total freedom from studying obligations, afterwhich I will plunge myself into a frenzy of philosophy-reading, card-masturbating, film-watching, slacking, novel-writing, metal-listening. Sounds very wonderful for 7 months. *waits*

Back to cruel reality, I have school again tomorrow. *hmphs*

EDIT: Got the Marilyn Manson CD. It was pretty okay. Liked "If I were a Vampire", "Just a car crash away", "Heart-Shaped Glasses" and "Evidence" over others. Was an okay purchase, I suppose.  ¶ 11:57 pm 0 comments

Still so beautiful... Paragon of perfection. Manson Is The God of Fuck.

Time flies. That was exactly 2 years ago. Yes, I suck crap at that time. *recalling trembling in front of Bone Evil and being only able to do the sybil* 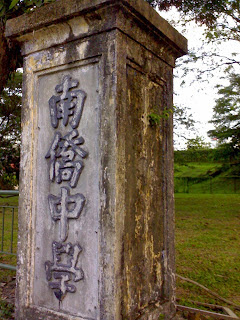 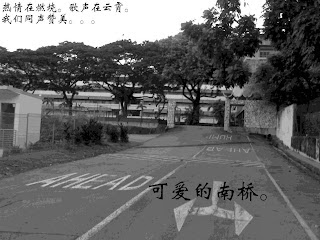