Einsamkeit
Thursday, May 31, 2007
Melancholic It's just so hard to re-capture the fun of flourish meet ups recently... Or, they don't even occur like it did before.

I guess it's time to move on in life at this point of time, perhaps. Hmm, I shall not pursue for flourish meet ups with such urgency then.

Anyway, continuing my endless monologue, I would really like to thank Mr. Dalvey Neo for introducing me to the Swedish band - Pain. Seriously underrated band, neglected too. Speaking of Mr. Neo, I miss all those ''chatting about life and being all nihilistic, plus cynicism left, right and centre'' sessions with him. I see no traces of intellectual life around me in SRJC, and never will. Boring, dull, uninteresting breed of specimens, they are. Docile, even. I lament again... I hope I can meet Mr. Neo soon again.

My tornado translated into blast beats.

Made me want to learn drums so badly...

It's the first day of the june holidays, and I have gloriously mugged for 6 hours.

I can do Underpressure finally!

I received Vika's package! Seriously, thank you so much for it. Mine little thin letter paled in comparsion to yours. The inventory of the package is killer; it ranges from a Dimmu Borgir/Opeth A3 poster, several teabags, city maps of Solvenia and London, 2 pictures from France and London, several postcards, a handwritten letter, Wacken Open Air 2005 leaflet, Dissection Gig flyer, and finally, a book by Zizek!

Okay, here we go;
I still cannot believe that I have;

That really is a whacked up 2 years. Of which, I found it most surreal is my flourishing journey. So much memories, of which almost all are extremely pleasurable to have. I found my closest friends from flourishing, of which, we have a high mutual respect for each other, which is crucial and essential for good friendships. Not to mention the praises I heard on myself, even without making any proper video in my 3 years of flourishing. Plus, the clamouring and deep admiration coming all over the world to Singaporeans for flourishing. I really must declare that flourishing made my entire teenage life, although I am still quite one. Flourishing is the damned best thing that happened to me. [leaving out metal of course.]

Then, I wondered, what if I hadn't picked up flourishing? Not even magic? I will be truly an nobody, really. A truly terrifying alternative scenario, one that I dare not envision.

Yes, I am heading to my twenty years of age soon, adulthood awaits me. Give up the cards for it? Hell no. =D

More week more to Eat Me. Drink Me.

Saturday, May 19, 2007
Contented Because I have accumulated all of Falkenbach's discography.

The Mitre. I went to a hotel built by the British back in 1860, near the vincity of Somerset this evening, with Ren Hui, to take pictures.

It is to be seized by the Government at the end of the month, so there is no time to waste.

Step into a world, 200 years back, as I show you my yield of photographs. 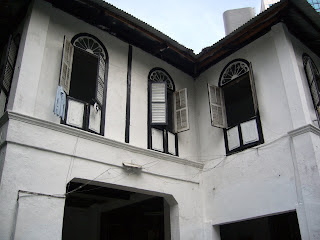 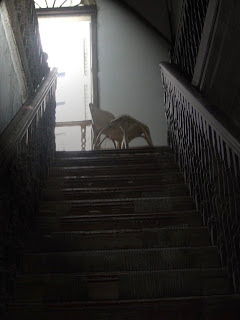 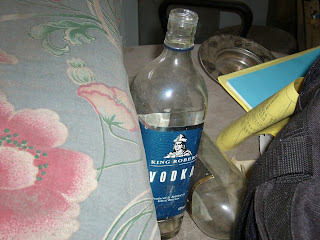 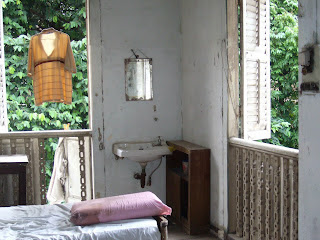 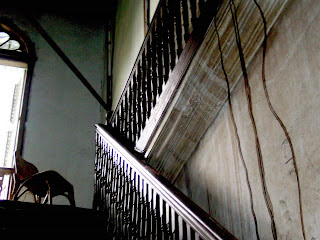 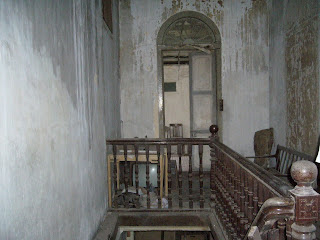 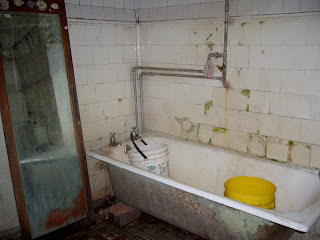 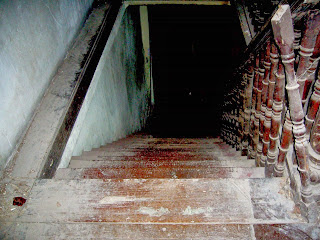 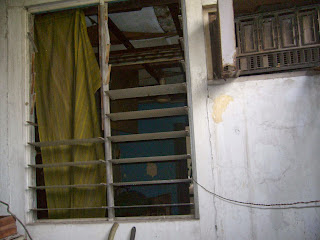 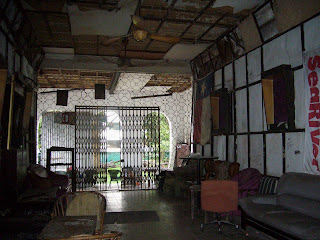 Everything is real old, you can hear the wood creaking below your feet, the stairs are crumbling, the wood is eaten up by termites, the ceiling is half gone, lots of abandoned furnitures. The only thing lacking is a vampire dwelling.

The caretaker was dubious, too. We talked to her, she could not even remember what she said 5 minutes ago, she cannot even answer a simple question fast, she looks quite blank in her eyes, too. For a minute, I thought we were in a horror film, waiting for the Hotel owner to capture us all, then kill us at her own pace.

Nonetheless, I had a fucking good time. Albeit the mosquitoe bites.

Jon is alive in my heart.

I think I fell in love with this song. Send me this, anyone? Thanks!

May the last 4 years of your meditation stint be successful and smooth! Your inspiration in me, and others are profound. I really appreciate what you are doing.

May you find The Buddha Way.

Sunday, May 06, 2007
With very limited space left in my CD rack, I have no choice but to reduce my To-Own List. I shall get Falkenbach's Ok Nefna Tys Tyr and Enslaved's Vikingligr Veldi. Both are masterpieces.

Saturday, May 05, 2007
Breakthrough For my previous meditation sessions, of which, all of them are self-learnt, only lasted around 10 to 15 minutes.

I accomplished a session that lasted for one solid hour just now, and I tell you, it feels smashing. I got so addicted into the overwhelming sense of well-being or heightened awarness inside, that I had to actually force myself to stand up. Otherwise, I'd continue to sit for hours, until someone enters my room and breaks my meditation, which will be disasterous.

I wonder what will it feel like when I actually do my 3 day long stint next year, it must be Heaven. Just sit, be aware, appreciate the well-being, and be truly holy. I could hardly wait.  ¶ 1:40 am 0 comments

The Inner Party welcomes Comrade Ling to the Party! Now you are no longer one of those filthy animals that we buy razors from on the black market - you are now a comrade, an ally, a competitor, a prey. Your future has suddenly become very predictable: You either climb or fall, betray or get betrayed, prosper or die. Wear your blue overalls with pride. Hopefully it will not be stained with blood in the sterile cellars of the Ministry of Love to soon. So, have a glass of your new beverage Victory Gin and enjoy your new life as a human being! Welcome, Comrade! We are the dead.

All I can say is I am inwardly grateful for the love of Big Brother and Ingsoc, of which both knows no boundary.

All Hail BB! Vic to Ingsoc! Death to Goldstein! Death to Eurasia and Eastasia!

And, I find so much meaning in Ingsoc Officer's signature - The more the Party becomes, the less tolerant it will be; the weaker the opposition, the tighter the depotism. Especially for The Authoritarian State of Singapore.   ¶ 9:11 pm 0 comments


You reach home and takes a shower. The water washes away all the pretentious qualities of you. Washing away your mask of social pomposity. After that, then you are yourself.

Once you awake, noises of trivial chatter and meaningless songs flood you unbridled. Not having any control over them, you are saturated with unwanted inputs, all day and all night. There will be a point you will be overtaken by them – the incessant noises. You no longer can listen to yourself.

In times of depression, think of absolutely nothing. Make no connections with anything. Visualize a lone man standing atop a tall pole, with all the emotions wallowing at the bottom.

No longer do I believe in Good or Evil. God or Satan. Worship of sound actions should be implemented worldwide.

To believe in something, you have to lie to yourself first.

This world is going retrograde.

Sui Generis. Dare to be a real individual, dare to be in your own league.

Stupidity. The worst sin to commit.

Facade. The State never thinks for the betterment of her people.

The state of your mind likens to the path you take. Walk along the barren and easy one, your mind would be as clean as a slate, so devoid of growth. And, otherwise.

As mankind advances towards incredible levels of technological and scientific achievements, it also decreases its intelligence.

It is a rare sight, in today's age, to witness people holding books on trains or whilst waiting for something. They are consumed by the endless visual distractions of this society.
The human destiny is forever limited by the idiocy of bureaucracy and the excesses of social expectations.

To experience anger, lust, jealously and hatred is all part of the human emotional spectrum. In the course of seeking enlightenment, do not attempt to eradicate emotions. Let it flow around you, see it inflate and then subsequently fade away, but do not engage yourself into it.

Leaders around the world should learn from Marcus Aurelius – the real Philosopher King of Ancient Rome.

Do not get involved with the wild discussion of superstitions and untruthful speeches and slanders of that similar quality. It hinders the clarity of the mind.

If possible, remain completely still and quiet at all times.

Religion is a thing for the weak minded, who needs things to believe in. People who cannot believe in oneself. Religions are created by people, for people.

It is not the culture that makes you. It is you who makes the culture.

Dictatorships and despotism will, and never, ever work. Same goes for imperialism and monarchism. The leader will never represent its people.

Democracy can only work when there are no spoilt votes. A rare occasion.

Homosexuals, homopobes, people who chooses to practice a different sexual lifestyle should be sanctioned, as long as life is not endangered. Just like how one has a certain preference for a genre of music, the same freedom of choice should be implemented here.

I rather look at a decaying corpse with legions of maggots devouring the cadaver than to take a glance at religious doctrines or to listen to mindless chatter of people.

To be free from stereotyping entirely is only considered to have attained total freedom.

Capitalism – our contemporary economic saviour and our impending mass-murderer.

The notion of Communism is a filmsy one, albeit fantastic. The proletariats could never rise up to the bourgeois, let alone command the entire state. Socialism is a better idea.

Content, quite. Finally, I have pushed one of my H2 subject close to a quality grade. My Biology improved by 21 marks, from 36 to 57! It's a good C, which is not bad. I topped the class, too, plus, only 13 people got grades A to C. LOL. I guess meditation did really helped, it just gives you a sense of ever-lasting peace and heightened awareness and concentration, which made studying a breeze, well, quite. But still, I fucking flunged maths. =( But Sin Yi is helping me out. Thanks already!

Speaking of meditation, I am still on to the idea of that 3 day long retreat next year. I'm testing out various methods now whenever I am free and trying to get used to sitting still for long periods of time, thus far, quite successful. =)

Was chatting with another Swede flourisher, who is also into philosophy, blasphemy, politics, libertinage, all things preverse, had a good long chat with him. He's Magnus, same age as me, an anarcho-capitalist. I foresee a great friendship ahead. He's almost like an exact same replica of myself, lol, except I am not sure if he is as passionate about metal as me. But still, this is a good omen already.

Another thing, Vika and me have decided to send each other an arcane thing called snail mail! I am hyped. I went to buy some Singapore postcards just now and intend to write her a personal letter by hand. (since how long have you written a letter and send it via post, people?) Isn't that sweet friendship? Awww. Soon, I will own a postcard (and hopefully, some other paraphernalia *Water/Brick/wood from Gondola/bird dropping(s) at the City Square*) from VENICE. Are you jealous yet?! Muahaha! *inserts Evil laughter #666*

Life is starting to get better, I feel,
LingNemesis